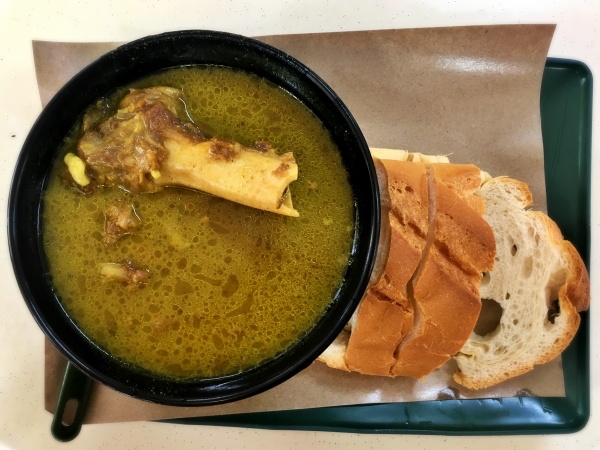 I found myself in marine terrace to buy some fruit, when it started pouring down. I was cycling so I needed to wait until the heaviest downpour was over. With this unplanned break, I might has well eat. Rainy days call for soup and this sign, as you can see, jumped out at me. 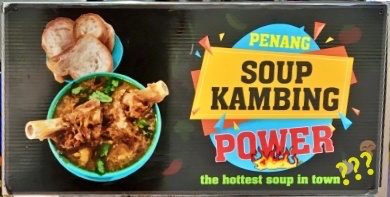 Immediately it raised suspicion, claims of “best in town”, “best in world” rarely, if ever, hold up. See meat pies in Australia. On the other hand, perhaps “hottest” referred to 🌶 level, so I gave them the benefit of the doubt.

I have tried sup kambing before in Melaka, but it was at the end of a long day of beers, so the memory of it is lost in the haze. First impression was that spiciness was not a factor, more of a curry heat that a chilli heat. The POWER seemed to come from its degree of viscosity. The soup had obviously been simmered for hours, producing a nice rich broth from the mutton bones. Although, the sodium content of the broth was also POWER, making it difficult to stomach an entire bowl. The highlight of this sup kambing was the bone marrow, which I readily attacked using a straw. The gooey, rich bone marrow made up for the lack of meat attached to the bones. The crusty bread was the only way I could really fill up my stomach on this meal. This sup kambing hit the spot on a wet and windy day, but I won’t be rushing back for it. Maybe its not the hottest soup in town after all. 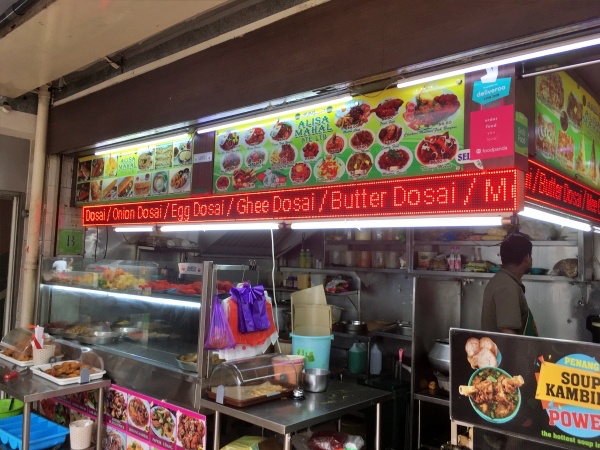 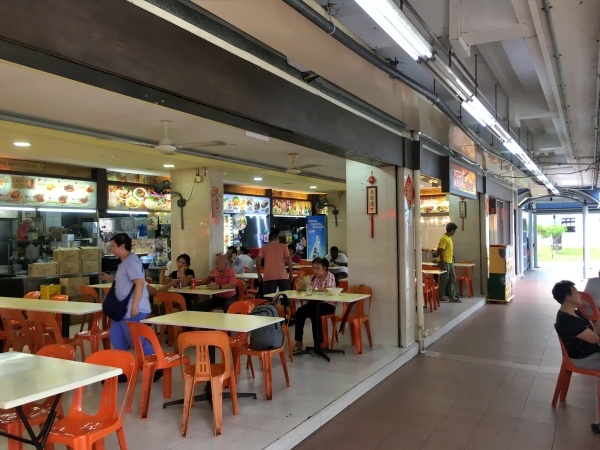