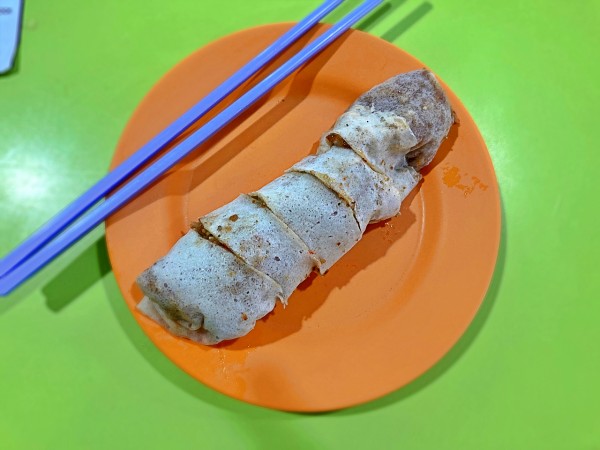 I was intrigued by this hawker stall due to all the photos the uncle had adorned on it. It felt almost like the hawker stall version of a dive bar. There was obviously a history to the stall going by all the black and white photos. I tried asking him about the photos and the history of his hawker, but we had quite the language barrier. So I settled on the food. 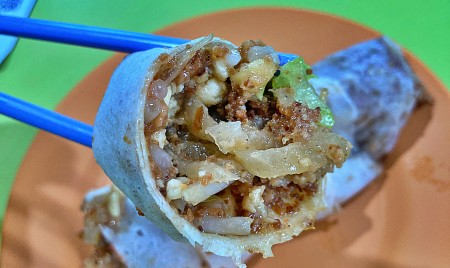 The ingredients of this popiah were slightly different to what I was used to. It had the usual prawns, egg, turnips, and beansprouts, but it also had some fried garlic, marinated minced pork, and lap cheong. For one, I have never had lap cheong in a popiah. It worked though, added an overall sweetness. The prawns were plentiful also, probably the dominating flavour (also in the sauce I presume). Each bite was crunchy too, some crispy goodness was in each mouthful. Not exactly sure what it was. If anything the popiah could have used some more chilli, maybe he reduced it for an ang moh.

This is definitely a popiah worth trying. 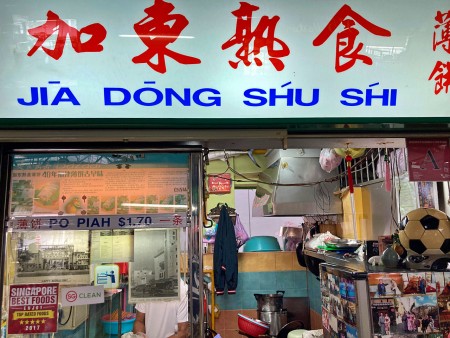