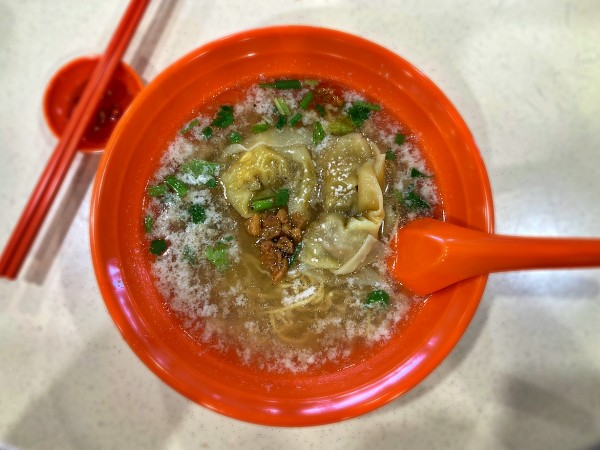 I am always wary of places calling themselves “famous”, as it often turns out to be a misnomer. As you drive through country Australia, each bakery will lay claim to having “famous meat pies”. It is the most overused marketing term except for maybe “award winning sausages” in a butcher shop. So “Famous eunos bak chor mee” already puts me off somewhat — after all I have never heard of it. But I was feeling generous today and decided to give it ago. For all the infamy, there were only two other people in the queue. Although the wait was long, a good 10 minutes. At some point the cooks decided the soup had to be remade, perhaps it was running low. Good attention to detail I suppose.

The bak chor mee soup smelled fantastic. The bowl appeared to be all dumplings, pork mince, noodles, spring onions, and topped off with crispy deep fried pork fat. The default noodle was mee kia. These noodles were extremely QQ, a delight to eat from the soup — most times they are served soggy. The dumplings were flavoursome with a silky smooth wrapper, if sightly too thick. The highlight was the soup, savoury and complex. The pork lard and fried garlic infuse themselves in the broth.

I would eat this once a week if it was closer to my house. For once perhaps the recipe does live up to its claim for fame. 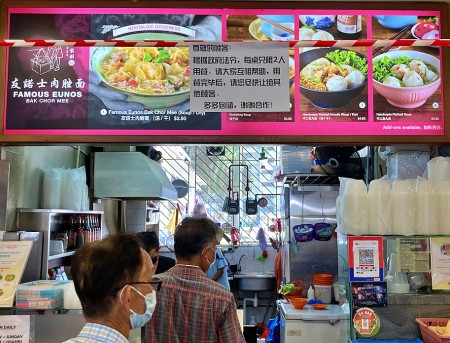