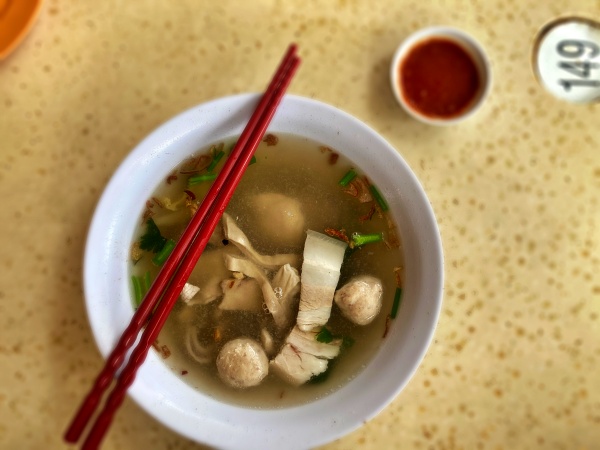 I took a chance on this stall, not knowing exactly what I was ordering. All I could determine from the sign is that it involved pig, from the cartoon little pig all dressed up for market, and soup, as the only english word in the name of the stall was soup.

After the aunty directed me to the nearest table, after a short wait, she placed the pig’s organ soup in front of me. The only words she uttered to me were “You know how to order huh?”, even though all I had said was “one small”, I still took it with a misplaced sense of pride. She came back with a ngoh hiang on a plate and told me I should also try, who was I to say no? Then she asked for an extra $1.50. Good businesswoman this aunty. 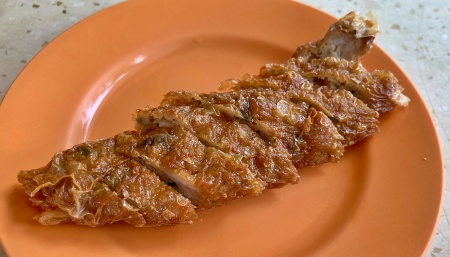 The soup was clear. A strong peppery flavour, almost like Singapore style bak kut teh, but with a stronger underlying pork flavour. It came with generous portions of pork balls, belly stomach, liver, and some salted vegetables to cut through all the pork and peppery broth. One word. Delicious. The star is the soup. I could drink a litre of this broth. 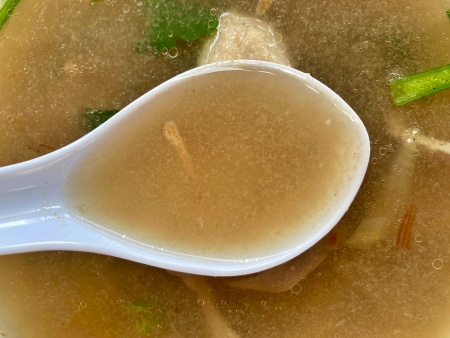 The ngoh hiang on the other hand? It had definitely been cooked a bit early in the day. Dry and oily. I could have done without it. 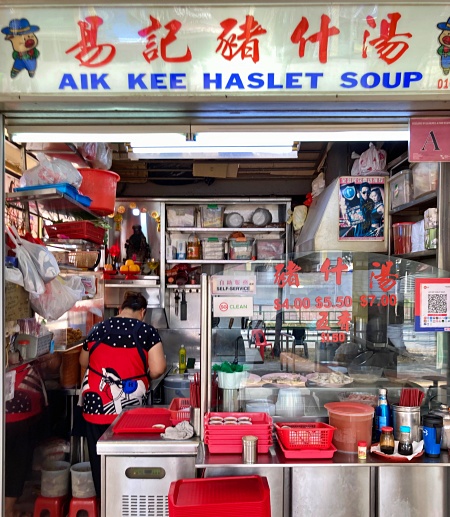