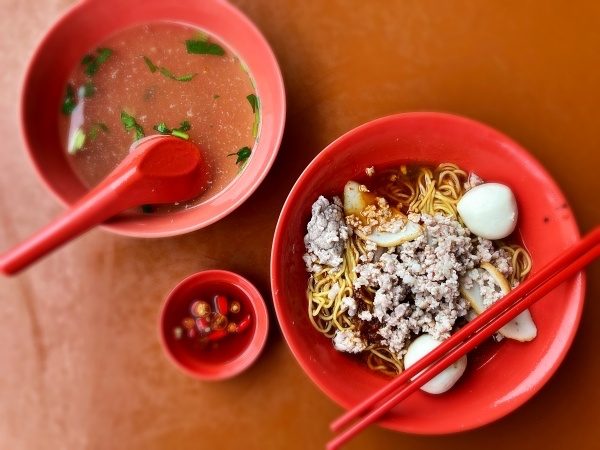 This is a confusing name for a stall, as there are many variants in the area. Who was this Ah Lim? Turns out there was a lot of competition amongst fish ball noodle sellers around the Siglap area and if this article is correct, that this stall just piggybacked on the name.

That leaves the question of the Ah Lim Mee Pok You Mian Kway Teow Mee in Jalan Tua Kong, which replaced Mr Lim’s old stall there. When approached, its owners flatly declined to be interviewed but said they had ‘no relation’ to Mr Lim’s stall. But Mr Lim believes the newcomer was recruited by the coffee shop owners to ‘mimic my name and style of cooking’. When asked if he approves of the mee pok there, he says he did ‘not want to criticise’.

Original or not, it doesn’t bother me so much as long as its delicious. And this one almost lives up to the billing of the “mee pok wars”. They have a unique peg system to keep track of orders that is cool, a fish ball noodle abacus. Seems war comes at a premium though, slightly expensive at $4.50. The star for mine is the chilli sauce, its a spicy tomato ketchup flavour, almost like an arrabbiata without the garlic. The al dente mee kia are lightly coated in the sauce, accentuating the flavour in each bite.

The fish balls and fish cake were a bit of a let down, too spongy for my liking, giving them a kind of plastic/processed texture. There is a generous amount of sliced and minced pork in the dish, enough protein to balance out the carbs and make this a complete meal. The soup, an oft non-thought out commodity, is delicious and a great finish to the meal. So much so that there is no need for a drink. 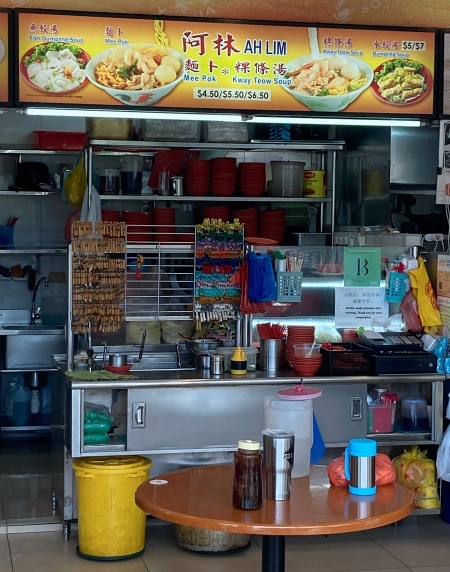