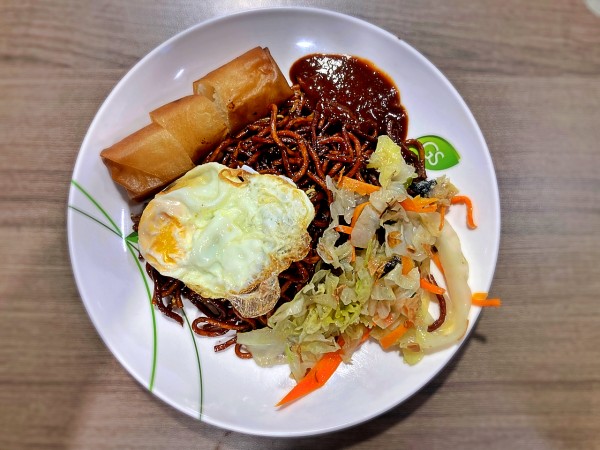 Economical bee hoon is the Singapore equivalent of an English big breakfast, at a fraction of the cost. Its my go to hangover meal with everything you need to sort you out: grease, carbs, and veggies.

I chose the thick fried mee, cooked in dark soy with bean sprouts. Nice and fresh, it must have recently been cooked, an added bonus. A side of fried cabbage with some julienned carrot, black fungus, and bean curd. Probably too oily, but I love the crunch of the cabbage and the texture of the fungus. I topped it off with a spring roll, which was a little bland, and a nice fluffy cooked egg. The chili sauce nice and earthy, hint of acidity.

I felt a little queasy after, due to the quantities of oil. The flavour was there though and it sorted out my hangover at an economic price point. What more could I ask for. 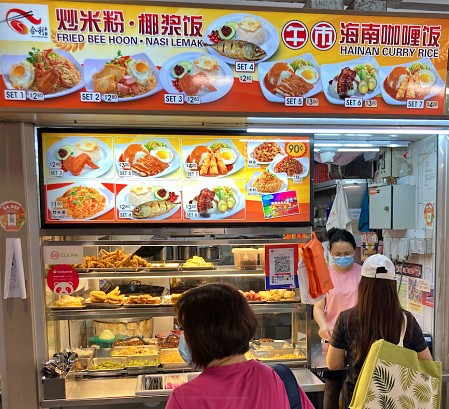