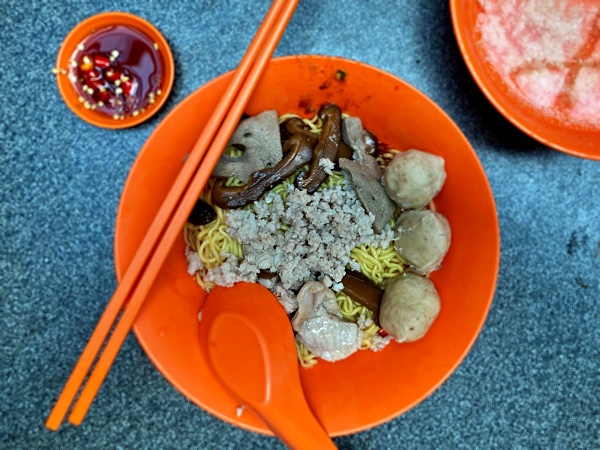 Arriving after 2pm for lunch at marine terrace hawker centre does not leave you many options, which is good when you can’t decide what to have for lunch. The decision today was made for me to get bak chor mee from Seng Hoe. Being the only store there is a queue, but when isn’t there a queue for bak chor mee? The staff are well organised with multiple cooks, so queuing time is greatly reduced.

I ordered my bak chor mee with mee kia, my preferred choice of noodle. The noodles were served slightly gluggy I must say, apparently it was up to the customer to toss the noodles through the sauce? The sauce, while slightly oily, had a nice chilli kick that made the lips tingle. However, surprisingly for a bak chor mee, it was absent of vinegar. Is that allowed? I can’t profess to know the rules but I was disappointed.

The small size came with a decent amount of pork done four ways, some balls (factory made but tasty), sliced pork loin, sliced pork liver, and minced pork meat. The liver was the star overall, perfectly cooked to melt in your mouth. There was a generous serving of marinated shiitake mushrooms, giving the dish a nice earthy flavour. The side serving of soup was bursting with flavour from all the minced meat cooked within, although there was a floating layer of oil, I shall not tell my doctor about this meal.

It’s probably the only bak chor mee in the immediate area, but its not the best I have ever had. Still, I know a lot of devotes to Seng Hoe, so they must be doing something right. 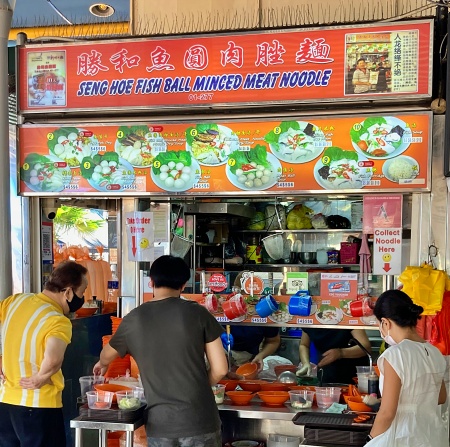