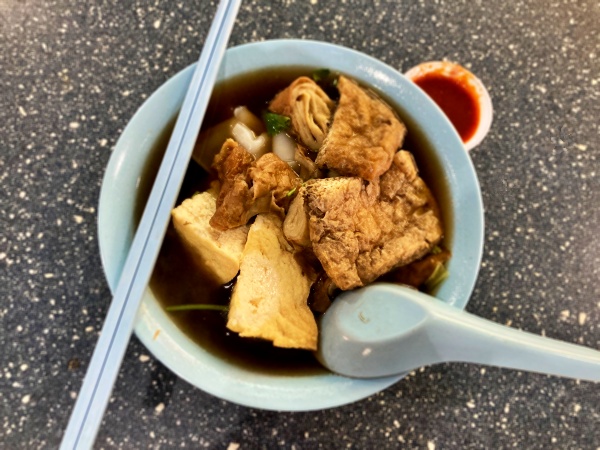 Miao shung vegetarian is a hawker stall at marine terrace that I have seen for years, but never really noticed it, if that makes sense. Today though, for some reason I took notice as I was sitting on a table directly opposite it waiting for my wife. The sign “vegetarian kway chap” caught my eye, something I have not seen offered at a hawker stall before.

I am always impressed by the skill that goes into mock meat. Back when I was in Canberra, I frequented a buddhist vegetarian restaurant that had some of the most inventive dishes I had been exposed to at the time. This bowl had tau pok that was made to resemble intestines and stomach. And the texture was spot on, the intestines were even a little chewy for added realism. Two huge pieces of tau hwa were also included in the soup. 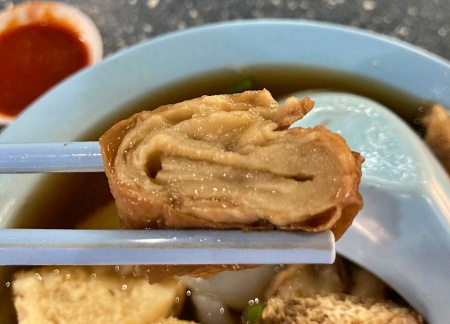 The noodles were broad, silky, and slurpy — just as kway chap should be. The soup was flavoursome, with five spice flavours and dark soy. The price was outstanding, only $3 for a bowl, for one of the most protein heavy breakfasts I have eaten. I ended up skipping lunch I was still so satiated. 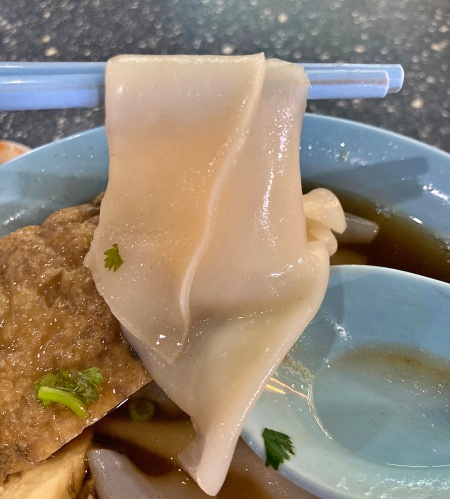 This kway chap really is a winner for people that aren’t that into the tasty insides of a pig. 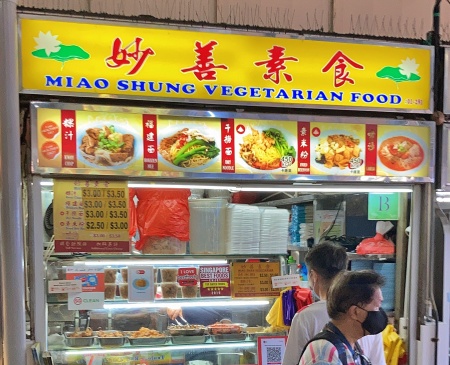