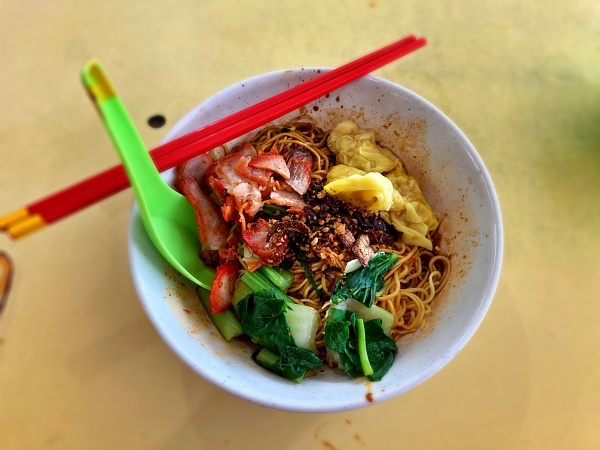 As you may or may not know, wanton mee is probably my biggest singapore comfort food, yet surprisingly there is not a lot of consistency for a seemingly simple dish. I was recommended to try this wanton mee by my mother-in-law. Normally when I come to old airport rd, I come with a group of friends to share food, so ordering a bowl of noodles is out of the question. Today though I was flying solo.

I arrived at an odd time, 3pm, and there was no queue to speak of. Three men were packed into the small kitchen area. It appeared one man cooked, one man cleaned, and the man other handled the customers and plated the food. The stall, bold enough to use “famous” in their title, certainly appeared to have all the correct credentials for a good wanton mee. 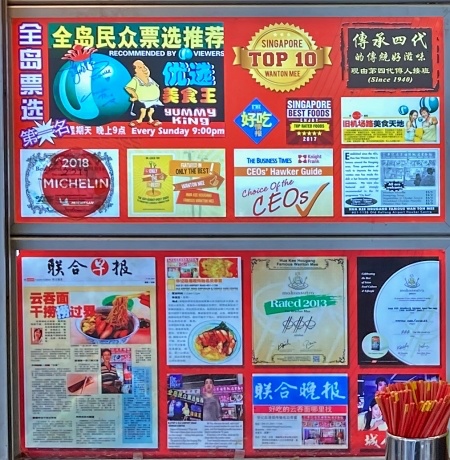 On a side note, I never understood the idea of a book containing a bunch of CEOs favour hawker dishes? Why would I care about the favourite stalls of a bunch of people in suits running companies? Unless maybe one was my boss and I could use it to curry favour.

Hua kee have 10 pictured dishes, today I chose numero uno, the wanton mee. I think its a safe assumption the first dish is always the signature. The ordering process involves you putting your tray on the metal barrier separating me from the hawkers. Not a bad idea, you get to know where you are in the process of getting served. Nothing worse than when you think you are next, only to find someone ordered earlier but has been walking around getting food from other stalls. 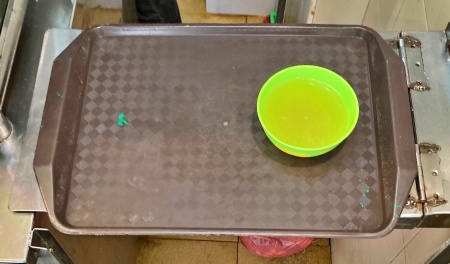 Now first up, this is a great wanton mee. The noodles are the round straight mee, almost like a love child of mee kia and la mian type noodles cooked to perfection with a great QQ. The chilli sauce mix is just nice, with some chili flakes to give it that extra oomph. The dish came with generous amounts of greens (a nice extra), char siew, and three wantons on the side. I like to mix everthing together, cover all the ingredients in the sauce. The noodles were divine. The only let down was the soup, but that was never made to be the star of the dish. Come try this wanton mee if you haven’t, could be the best in the East I have had so far? 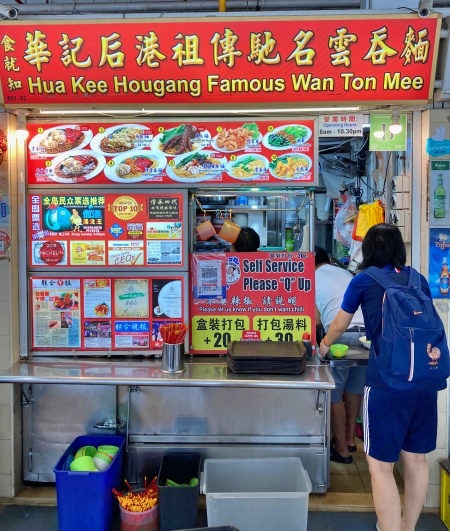