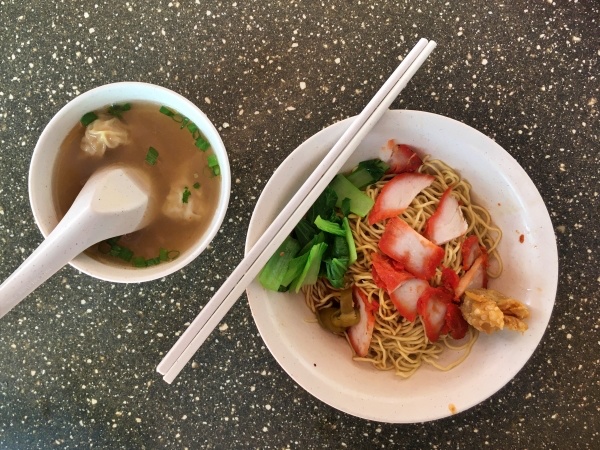 I tried this wanton mee on a whim, as I had need to be down at marine terrace during lunchtime. It is one of those stalls that you walk past a million times, see queues, but it never really registers enough attention. For whatever reason, on this day I decided to try this wanton mee. I lucked out. To know I had been so close to a delicious wanton mee without ever having the slightest inkling, well it cut deep.

The magical thing about this wanton mee was the noodles. Its a type of mee kia (skinny egg noodles) you do not see very often. Slightly thicker than the regular hong kong style of mee kia and more straight than wavy. The noodle has an extra chewiness to it and when cooked al dente, nothing can beat the mouth feel. I have only ever seen it in a few wanton mee places around town and so far never selling in a wet market, so I assume there must be limited distributors around Singapore.

The chilli sauce was, dare I say, shiok. The chilli was extra spicy, not overpowering the dish, and like all the best chilli sauces, leaving you craving for more. Once again I opted for the combination of black and chilli sauce, they also have a ketchup(?) option. I’m dubious at how good that would taste.

The char siew in this dish was also of high quality, which I strong porky taste I love. I purchased the smallest size that only came with three wantons, two in the soup and one deep fried. If anything let the dish down it was the soup. While rich and complex, somehow the soup just lacked a finish to the palate, and there was considerable oil on the surface of the soup. 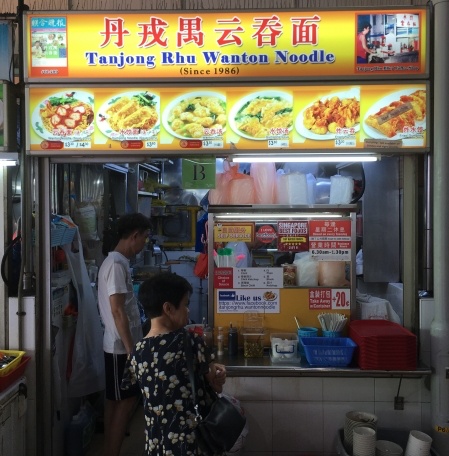