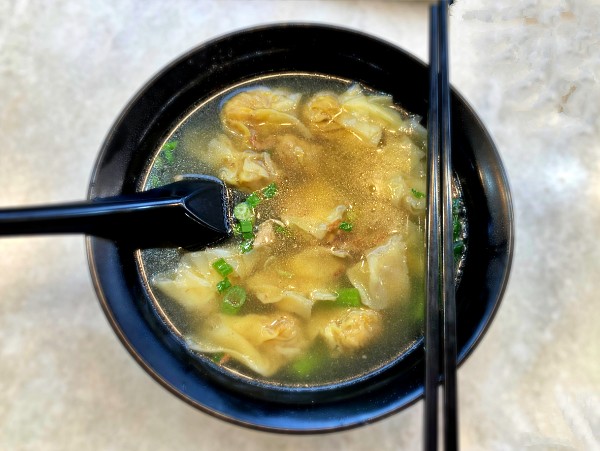 Getting caught cycling in the rain, I needed to seek shelter and the downpour became heavier and heavier. I sought cover at first coffee shop I saw, which happened to be in Bedok North. 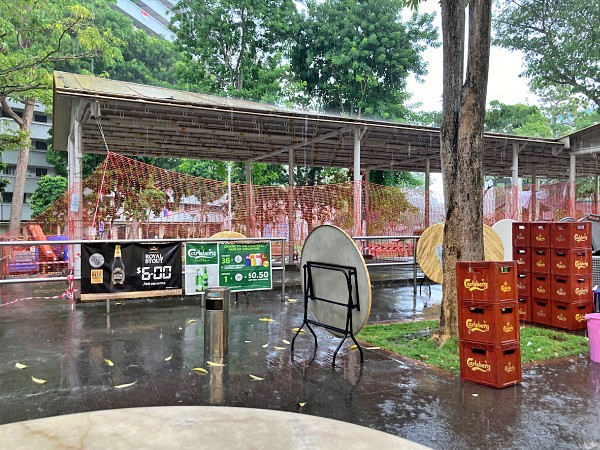 As the temperature dropped and the chill kicked in due to my wet clothes, my thoughts moved towards a hot soup. The only shop open at this hour (3 in the afternoon) that I could see selling a soup was the wanton mee store. Wantons in soup sounded perfect for the weather. The low price of $3 also helped my decision. This stall was seemingly another tanjong rhu wanton mee “since 1986”, but something appears to have occurred and it was hastily rebranded to “good taste” — not especially imaginative, surely a quick google search might have found a few stronger adjectives than “good”. 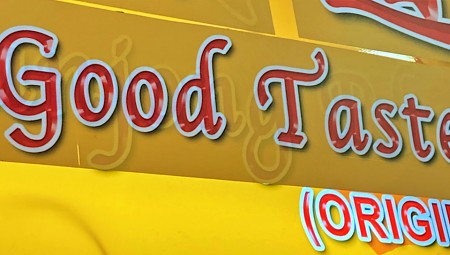 The soup itself was nice and clean, not overly oily, as it can be served sometimes. The pork broth flavour was strong and hearty. The wantons, while not amazing, were above average. A nice silky texture that encased some nice spiced pork mince. What took this to the next level was the amount of wantons included, I lost count at a dozen as they were simming around the bowl. There were more. Topped off with a smattering of chopped pieces of you cai.

Speaking of value for money, I was lured in by the sign across form my table of a $6 stout. Also a very decently priced beer. The sweetness of the pork in the wantons were nicely washed down with that coffee and chocolate flavour of the stout. In Australia, stout is a winter only beer, so it is strange at first to see so many uncles drinking stout, especially in the morning heat. Today presented a more traditional winter time to imbibe. 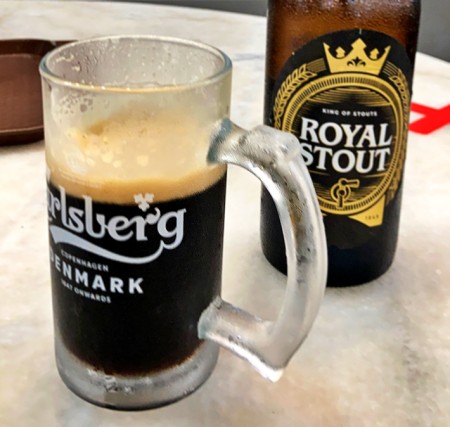 This wanton soup is nothing if not great value for money. I’ll be back soon to try the signature wanton mee noodles. 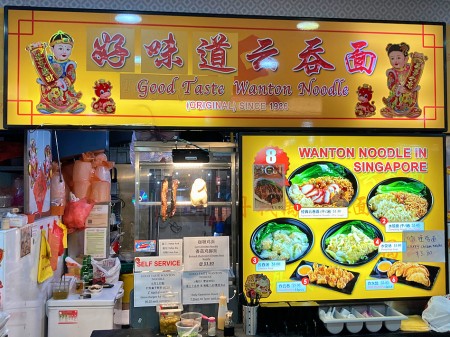