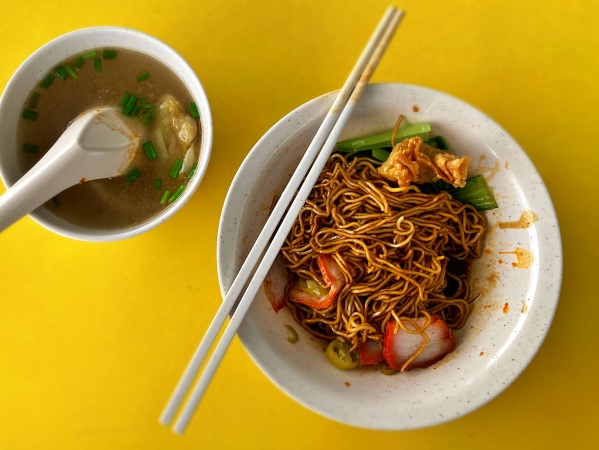 Not the most original name for a wanton mee stall. I believe when it first opened it was attached to the tanjong rhu brand or gave the impression it was at least (not the first time I have seen this phenomenon)

Wanton mee is another one of those hawker foods that is considered lower in calories. Although, I ask for the chilli and black sauce combination that might offset any low calorie benefits. I just cannot resist the sauce combination of the sweet, salty, and spicy.

The portion size of the wanton mee here is small, but I prefer that for a lunch. You don’t want to be processing a bloated stomach full of noodles back at your desk. The sauce is decent and coats the noodles nicely. There is nothing worse when there is more noodles than sauce and you can’t cover them all in the flavour, staring at those yellow sections knowing it will just taste of wheat.

The noodles are thinner than the type I prefer for wanton mee, but they had a nice QQ. The deep fried wantons were good, containing a decent amount of minced pork filling. I usually don’t care for the deep fried wantons at all, so I was impressed. Visually, the char siew didn’t look that appealing I must say, but it was not as dry as it looked and had ample flavour. The soup came with two decent wantons inside, but the flavour of the soup itself was lacking depth. 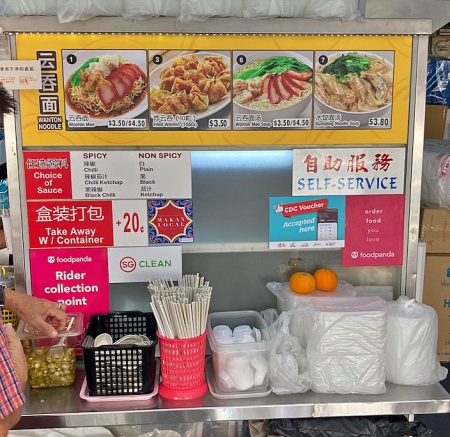